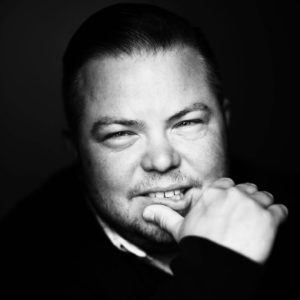 Gemma Hickey is a passionate humanist whose activism has changed the legal landscape of Canada. A tireless advocate, appearing in major publications throughout North America and in news media outlets around the world, Gemma is the recipient of various scholarships and awards.

Gemma became a well-known force for change when they co-lead the movement that legalized same-sex marriage in Canada in 2005. In 2017, their request for a gender-neutral birth certificate spurred Newfoundland and Labrador to change its law, and Gemma became the first person in Canada to receive a non-binary birth certificate.

In 2013 Gemma created the Pathways Foundation, a non-profit organization that supports survivors of clergy abuse. To promote awareness and raise funds for the cause, they walked 938-kilometres across Newfoundland in July 2015.

Gemma has also served on numerous boards and committees, both nationally and at home in Newfoundland and Labrador. They played an instrumental role in creating supportive housing facilities for those in need, and have fostered the arts by volunteering on the boards of various arts organizations. Gemma’s day job combines that passion for the arts with a desire to help young people reach their potential. Since 2010, they have been Executive Director of For the Love of Learning, a non-profit that works to forge new paths for at-risk youth by advancing their literacy and creative skills.

Gemma’s personal journey through gender transformation is the subject of Just Be Gemma, a documentary produced by Nine Island Communications. The film is presently being screed at film festivals, but has aired on CBC Television and The Documentary Channel in fall 2017.

Gemma is currently a Masters Candidate in Gender Studies at Memorial University, and is completing a novel for Breakwater Books inspired by life on the road, justice, and their beloved Nan. The book entitled, Almost Feral is due next year.

About the Author: user